CONFIDENCE: KNOWING YOU HAVE THE RIGHT TO “GO FOR IT” 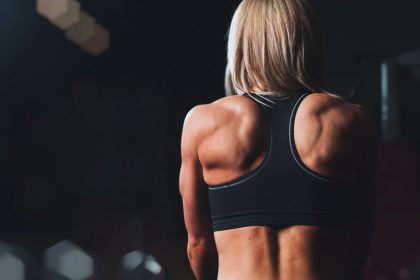 Do you have the confidence to live in the arena?

Most of us are familiar with the infamous words of President Theodore Roosevelt’s (1910) Man in the Arena speech at the Sorbonne in Paris, France:

“It is not the critic who counts; not the man who points out how the strong man stumbles, or where the doer of deeds could have done them better. The credit belongs to the man who is actually in the arena, whose face is marred by dust and sweat and blood; who strives valiantly; who errs, who comes short again and again, because there is no effort without error and shortcoming; but who does actually strive to do the deeds; who knows great enthusiasms, the great devotions; who spends himself in a worthy cause; who at the best knows in the end the triumph of high achievement, and who at the worst, if he fails, at least fails while daring greatly, so that his place shall never be with those cold and timid souls who neither know victory nor defeat.”

Compete to Create co-founder, Dr. Michael Gervais, had a conversation with Dr. Brené Brown, expert on vulnerability and courage, on the Finding Mastery Podcast on what it takes to be the person in the arena:

Are you afraid of what other people think?

Many people confuse confidence with arrogance. Sometimes we fall into the trap of needing competence to generate confidence. However, the mechanics of confidence is simple, it comes from the things you say to yourself i.e., your self-talk. Self-talk is a trainable skill. The way I’ve come to understand confidence is knowing I have the right to go for it, to get in the arena, and even when things don’t go as planned, I have what it takes to adjust. Therefore, confidence requires developing credible self-talk that allows you to go for it when the outcomes are unknown. It’s a choice we all have to make: are we going to live a life where we are willing to step into the arena when the future is uncertain?  Often, a thought gets in the way of us going for it – “what will other people think?”

Fear of people’s opinions (FOPO) is an inhibitor of potential.

Fear of people’s opinions will cause us to play it safe and small. We have a natural tendency to worry about what will happen when people have the opportunity to evaluate us. It feels vulnerable, like there is a sense of exposure, when the risk of critique is present. However, other people’s opinions are not in our control, and as Dr. Brené Brown puts it, often those opinions come from people who aren’t even credible.

Here’s Dr. Mike talking about FOPO in our Compete to Create course “Finding Your Best.”

What do we gain by going for it?

We derive confidence from productive self-talk anchored in things that are 100% in our capacity to control. Our self-talk becomes credible by doing things often that require courage, openness and vulnerability. In doing so, we build trust in ourselves overtime to potentially get our ass kicked in the arena and know that we’ll be okay. One of the most basic ways we can build that trust in self is to show up and be our most authentic selves in any environment, whether we lean into the razor’s edge, whether we say “I love you first,” try something new for the first time, or allow a moment to get uncomfortable and grow to pass us by because we are not sure of the outcome. We can expect to fail if we’re brave enough to go for it. More importantly, we can frontload rising and resiliency by developing a robust mindset. I wonder, what would it be like for you to get uncomfortable more often to be able to trust yourself to be on the edge of your potential?

There is one main thing I learned from being an athlete at the pinnacle of my sport: winning and outcomes are something that we caninfluence not control. The setbacks and losses were sure worth taking because I earned the right to say to myself “I can adjust when things don’t go my way.” That’s confidence right there. That’s freedom.

With tons of curiosity for all that’s possible for each of you,

Our mission is to empower and educate the next generation of leaders through mindset training and personal development.